Why Gold is a Safe-haven asset? 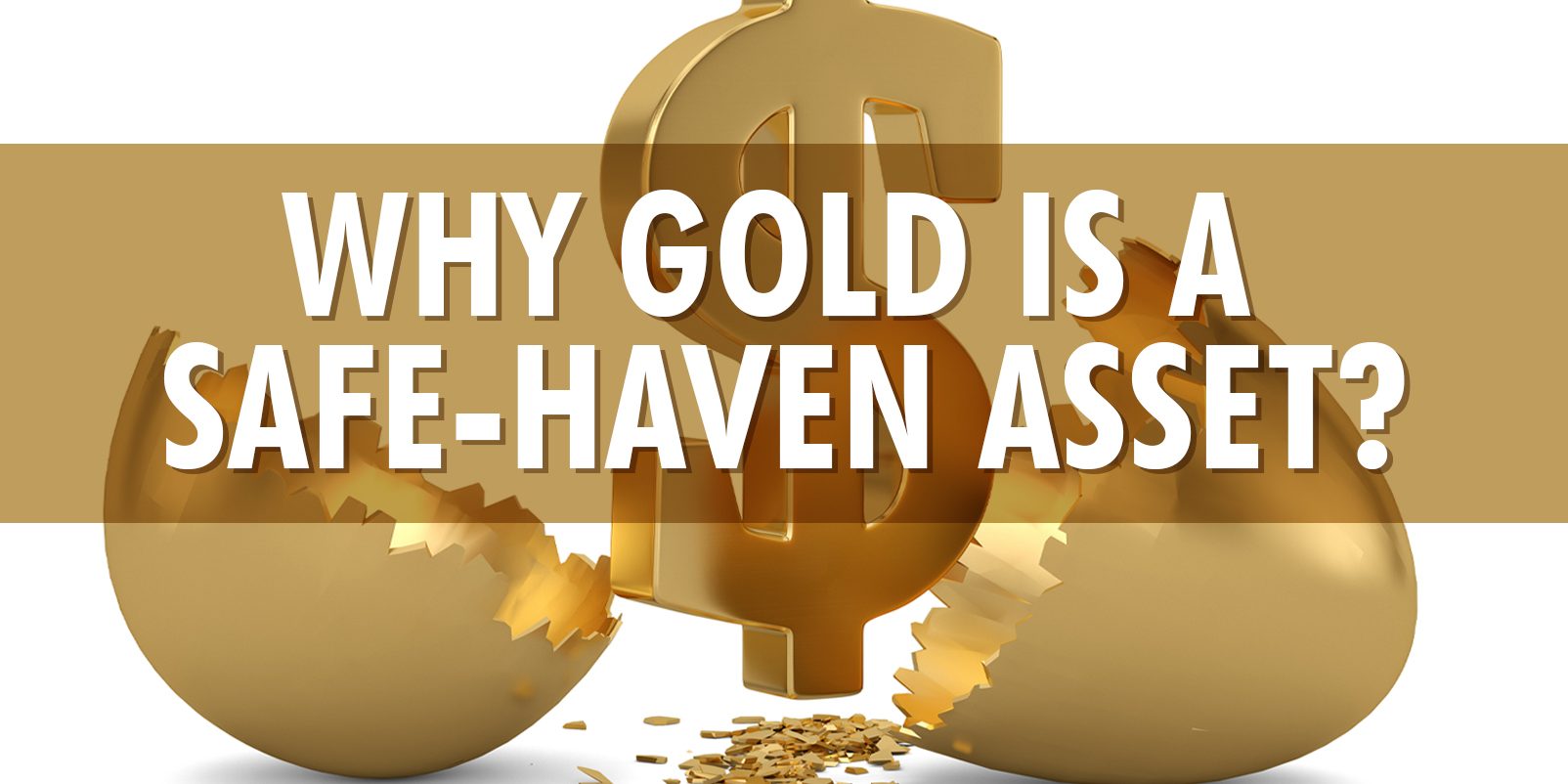 Nowadays, gold market has different view in terms of diversity and growth. From early 1970, the gold volume that has been produced has tripled annually, and the amount of gold purchased it’s for times higher per year, as a result the global gold market has grown worldwide remarkably. Gold market has cultural, emotional and financial value and it’s purchased by people for many different reasons. People get influenced by factors based on their country’s culture, from the local market conditions and their mind is driven also by macroeconomics and microeconomics factors. Gold’s diverse uses, in jewelley, by central banks investors and technology, indicates different sectors of the gold market began rising in the global economic cycle. This diversity of demand enhances more the robust qualities of gold as an investment safe heaven asset. During the last decade, the main demand for gold has moved to the East, this being caused not only from cultural reasons, but also by wealth creation and income growth in some of the world’s rapidly growing economies.

The mine production represents the biggest part of the supply of gold, which is around 75% annually, however interesting it’s the fact that the annual demand for gold requires more gold reserves than newly mined, and the lack comes from the recycling of gold from buyers and sellers. The activities around gold mining cannot respond to the changes in pricing quickly and usually there is long time between finding and exploring new gold reserves that are entering into the production. All of the gold that is mining is still accessible in one form or another and is potentially available for recycling. The recycling method is the gold supply which responds immediately to the gold price and economics crisis. Jewelleries represent the 90% of gold recycling and the rest 10% is the gold that extracted from technology. The gold refining and processing must provide guarantee quality.

China became the largest gold producer in the whole world in 2016 representing around 14% of the total annual gold production, however no one region dominates. China and other Asian countries as a whole produces 23% of all newly mined gold. The central and South America produce around 17% of the total gold production, with North America supplying around 16%. Africa produces around 19% and 14% is produced by the CIS region. Could be found interesting the fact that the volume of gold that producers supply to the market each year, can be affected, but not significantly, from the forward selling of future gold production, a method known as a producer hedging. The volume of gold that enters into the market might be affected also from the miners decisions, who sometimes prefer to lock in a specific price for their future gold production, in order to achieve lowering the costs of project or debt servicing that are associated with the gold production. In previous decades these hedging strategies and agreements had a remarkable impact on supply level but nowadays they have been relatively short term.

The history of gold is completely correlated with money, however gold abandoned this role in growing economies after the outbreak of the Second World War which damaged a lot the countries around the world.  After the world war finished, the Bretton Woods monetary system was created, which was a regime of fixed exchanges rates. This regime was broken in 1971 when the United States unilaterally ended it’s gold standard, which set the convertibility of gold and the dollar to 35 dollars per gold ounce. The gold standard means a system through which all countries fixed the value of their currencies in terms of specified amount of gold or linked their currency to the currency of a country which did so.

In 2007, global economy indicated early signals of a possible global financial recession and crisis. The crisis was caused by deregulation in the financial industry and permission to the banks to engage in hedge fund trading with derivatives. When the value of derivatives fell, banks stopped lending to each other, and this led to the recession. In early March of 2008, the Federal Reserve Bank of United States was forced to take measures to rescue the corporate bank Bear Stearns. Suddenly the crisis was inevitable. At that stage gold market was very extremely volatile, with gold prices rose to over $1000 per troy ounce, and the banking system came close to a complete collapse. The tension escalated when the US known bank Lehman Brothers filed for bankruptcy. During this session, gold did not react as most investors expected and like traditionally happens, gold prices declined instead. Gold price fell from over $1000 per ounce to $775 per ounce. Ultimately, the gold price closed the year at $870 per ounce, still 13% lower than the price of gold at the time of the Bear Stearns bailout. Only in the second half of 2009 did gold prices recovered and reached a level of over $1,000 per troy ounce. Eventually, the gold price would reach a record high of almost $1900 per ounce in September 2011.

All debts were settled in dollars, or with Federal Reserve deposits, in order to cancel or repay bank debts and other financial players who needed dollars. This means also that gold cannot be used to pay off debt, unless it is sold for dollars after which dollars can be used for that aim. Many banks sold gold to bullion banks and then gave dollars back to those banks, and then bullion banks sold gold to the market. They were borrowing gold and selling it on the market to obtain the required dollar liquidity. In cases of crisis, banks must have safe heaven assets and other currencies reserves as a measure to confront in short term the crisis. Recent weeks we saw something similar with gold movement actions, caused from the coronavirus, which also has direct impact to the global economy. US stocks declined by almost 40%, businesses closed, and people lost their jobs. A lot of investors lost their money and other faced margin call levels, as a result instead we see gold price rising. We saw the prices declining as many investors were trying to sell everything they had in order to cover their losses. However, its expecting to see gold finding the previous high historic record since March of 2012 when the markets calmed down and provided more confidence.