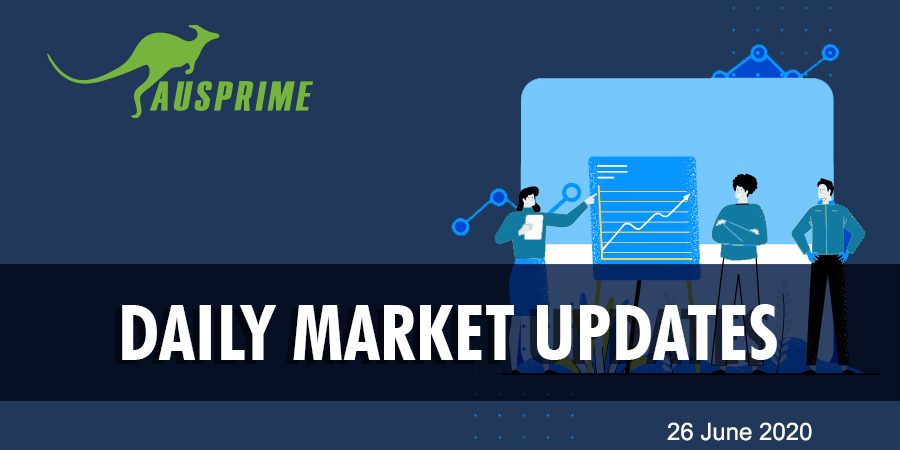 Asian equities have gained after US banks stress test results. Asian stock market followed the gains of the US stock market today after US regulators removed some limits on banks’ ability to make investments. The Japan’s index Nikkei rose by 0.9%, while Hong Kong’s index lost about 0.4%. Shanghai index advanced higher by 0.3% and South Korea’s Kospi index rose by 1.05%

US stocks index on futures little changed yesterday closing, amid Federal Reserve announcement where reported the latest stress test, noting that the prolonged economic recession could saddle the biggest US banks with up to $700 billion losses on soured loans. Fed ordered the banks to cap dividends and to suspend share buybacks to sustain the funds. After the announcement of the Fed, Dow Jones index rose by 1.18%, while SP500 and Nasdaq Composite index jumped by 1.1% and 0.99% respectively.

The euro declined slightly as traders wait for an important speech by Christine Lagarde that will take place today. In the statement, the ECB chair will likely address the key steps the bank is taking to support the economy and Euro is currently traded slightly above 1.12 price level. Pound remain vulnerable against dollar after Trump’s announcement that will impose tariffs of $1.3 billion of imports from UK and EU. Meanwhile, the final version of the GDP report confirmed that the US economy contracted by 5% annualized pace during the first quarter of 2020 as it was expected and did not influenced that much the dollar against its majors’ counters. The price action in dollar/yen is expected to be between 106.40 and 107.80 for the next weeks, suggested FX Strategists at UOB Group. Dollar/Yen edged lower today, snapping two consecutive days of the winning streak. A pickup in the US bond yields lend some support to the USD and helped limit the slide. Dollar/Yen is currently traded above 107 with next major resistance level be around 109.7 price level.

In an editorial article published by Forbes, contributor Naeem Aslam cited five key reasons that are likely to drive Gold prices higher in the coming days. The possible second wave of the virus, the possible new tariffs on Europe of $1.3 billion as Trump noted, the fragile US and China trade war, the US Unemployment jobless claims and uncertain earning season for companies are main reasons why gold may explode higher. Gold is now traded with some bearish bias with small losses around $1760 per ounce.

In the energy sector, benchmark U.S. crude CLQ20, +0.64% rose 43 cents to $39.15 per barrel. Yesterday US crude oil closed the day at $38.72 per barrel. Brent crude BRNQ20, +0.85%, the price for standard for international oils, gained 41 cents and reached the level of $41.53 per barrel in London and it closed at $41.05 the previous session. Investors increases their open positions by 11k contract according to CME and if the price sustained at $40 price level next target will be $44. US oil demand also increased after an increase in US durable goods orders and the lower than expected unemployment and all these show that the US economy is on track to recovery.

The ECB announced a new repo facility program, yesterday and announced that will offer collateralized EUR loans to central banks outside of the Eurozone. European equities markets were relatively bullish yester after Wednesday’s sell-off. The CAC40 rose by 0.97% to lead the way, with the DAX30 and EuroStoxx600 gaining 0.69% and 0.71% respectively.

UK – EU agree to post-Brexit trade deal extension as the two sides are “still very far apart” on key issues
December 24, 2020
Search
Any Questions?
Please fill in the details below and a representative of our team will get back to you
Go to Top
We use cookies to ensure that we give you the best experience on our website. If you continue to use this site we will assume that you are happy with it. Ok