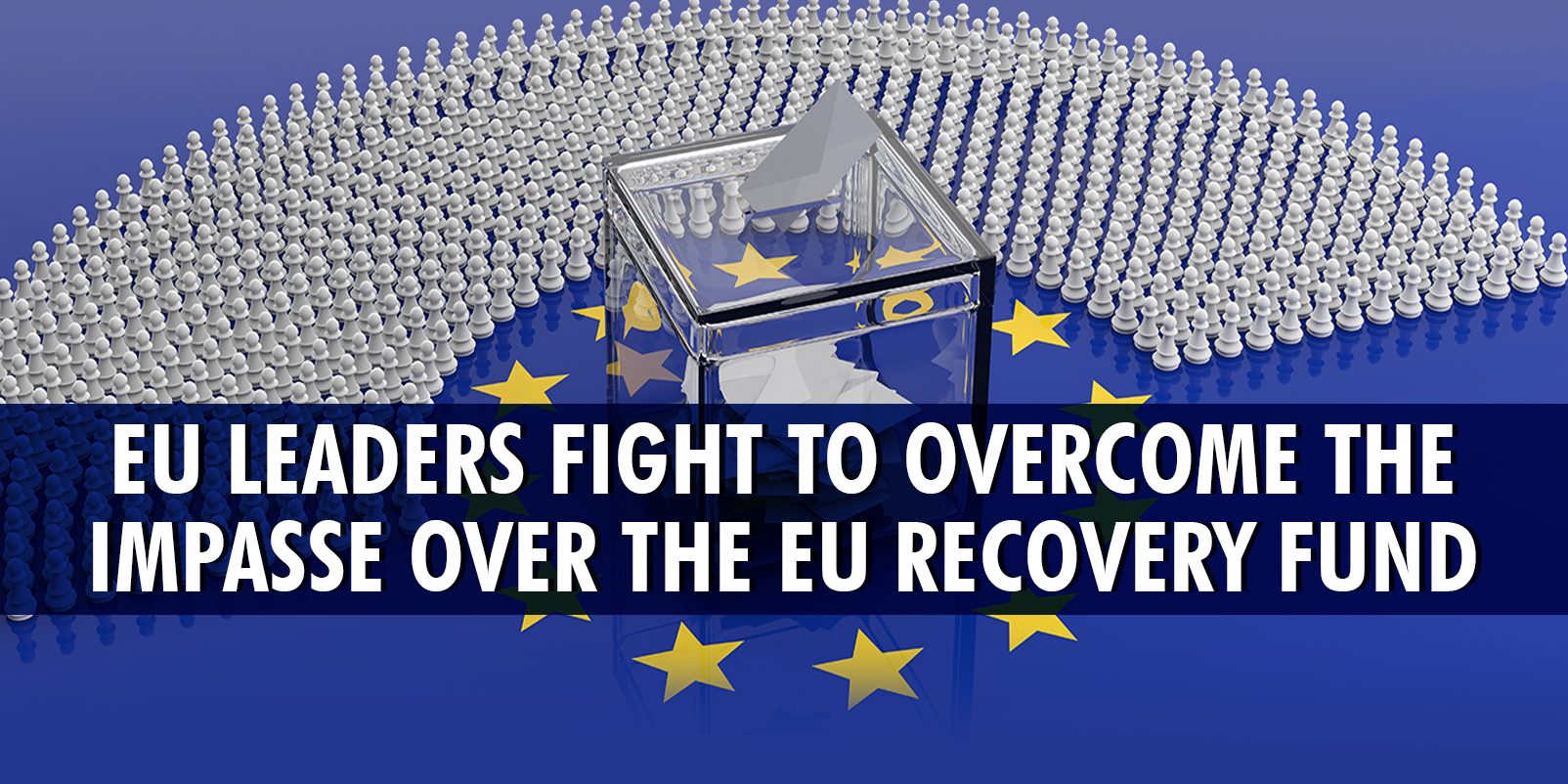 US markets – US equities advanced higher at the beginning of last week amid investors optimism over a coronavirus treatment and all eyes turned to previous week’s news for companies’ earnings and Central Banks interest rate decisions. The rally on US stock market slipped later on previous week, after the announcement that California rolled back its reopening plan of the economy, creating concerns about another coronavirus lockdown. The governor of Fed called for sustained large-scale asset purchases by US Central Banks to aid the economy recover and stocks to advanced higher. Additionally, stocks rose after positive news came out showing a potential virus vaccine and encouraged the market. Investors also remained focus on corporate earnings which showed that JPMorgan Wells Fargo and Citigroup earning fell sharply. On the week later stock market also advanced higher due to better than expected corporate earnings for the second quarter mainly from technology stocks, despite the increased number of coronavirus cases. Bullishness among investors with $1 million or more in a brokerage account they self-manage was up 13% from last quarter, according to the latest E-Trade Financial investor survey. The CEO of JP Morgan stated there is a second quarter earnings report and “we don’t know what will happen next”.

Asian Market  – Asian markets jumped higher last week after positive sentiment from Wall Street into the region as investors were expecting to see higher US companies’ earnings. After the Donald Trump announced last Tuesday that he signed a legislation to impose sanctions on China in respect with Hong Kong’s autonomy new law, Chinese equities were traded narrowly, while Bank of Japan said in its outlook report that the country’s economy is “likely to improve gradually” from the second quarter. The White House’s decision to reject nearly all Chinese maritime claims in the South China Sea added to investor nervousness. Asian equities dropped last week amid fresh Sino-American tensions and worries over the economic impact under the scenario of new coronavirus infection cases. Despite that China announced 3.2% yearly growth onto its economy, exceeding analysts’ expectations of 2.5% growth, and a rebound from 6.8% contraction from April to June, stocks failed to sustain the rally. China also reported that Gross Domestic Product rebounded by 11.5% in the second quarter. Mainland Chinese stocks advanced higher at the beginning of this week. Chinese one-year and five-year loan prime rate remain unchanged, according to Reuters as its economy resume rebounding, while Japan’s exports plunged 26.2% in June from a year earlier and that was a worse drop than expected. Autos, a big export sector for Japan, fell. Nissan dived 3.12%, Mitsubishi Motor tumbled 2.12% and Suzuki declined 3.79%.

European Markets – European stocks were expected to begin higher beginning of last week, despite the backdrop of surging coronavirus cases globally, as investors waiting quarterly earnings report from big banks and companies. European equities were opened lower later on the week, as Trump Administration decided to reject China’s expansive claims in South China Sea, and this was criticized by Beijing. European equities market opened higher later the week, as investor were optimistic for a coronavirus vaccine. European equities markets were seen opening lower on Thursday, amid caution over the pace of the global economic recovery ahead of the latest meeting from the European Central Bank, despite the positive news from Chinese growth rebound in the economy. The European Central Bank had all day special meetings on Friday to apply the EU monetary policy decision, after Thursday’s interest rate decision which remained unchanged. Previously, the ECB increased its pandemic emergency purchasing program by 600 billion euros and also extended the duration until June 2021. This saved the eurozone from a major contraction and the data support this argument.

The leaders of the European member states are called to bridge their differences and agree on the Recovery Plan, amounting to 750 billion euros, but also the Multiannual Financial Framework 2021-2027. The Recovery Fund, together with the long-term European budget and the ECB ‘s percentage relaxation program, will be Europe’ s main tools for pulling countries out of recession and boosting growth and jobs. The European recovery plan initially provided for € 500 billion in European grants and € 250 billion in loans, but the “frugal” countries such as Netherland, Austria, Sweden, Denmark, and Finland want the amount of grants to be reduced to € 250 billion. The head of the ECB, Christine Lagarde, stated that it was up to France and Germany to “pay for the plan” and that they were “fighting for Europe’s interests, while the so-called” stingy “are showing selfishness and making no concessions.”

Gold Market – Gold prices continued advancing higher after a small correction in previous week and the surplus liquidity scenario and safe-haven demand on rising coronavirus cases resume to support the precious metal. As dollar remain weaker, gold is holding ground above $1800 per ounce. The precious metal was trading above the 1800 level last week, however we saw a lower high forming near the top. If gold prices fail to make any further gains, we could expect to see a short-term correction. Gold is trading slightly lower from the recent record high. The US CPI news affected gold prices positively. Support level now becomes the price level of 1780. Despite that gold is gaining value as long as dollar weakens, the bullishness among gold market timers has rarely been higher that what it is today. The gold bulls need to be patient in their expectation that gold will soar in the upcoming weeks to a new all-time high which is close to $1,900 record high per ounce. Gold prices moved higher and continue to trade near an 8-year high. Ongoing US-China tensions combined with virus fears increases the haven demand for the greenback. Gold prices reached the critical support at $1790 price level as it was expected at the end of last week. Currently, we are in a scenario where market players prefer US dollar on one hand and equities and commodities on another as they try to reassess the impact of the virus outbreak on global economic recovery. Analysts at Citigroup Assess a 30% probability it would go above $2,000 in the next 3-5 months.

Oil Market – The International Energy Agency (IEA) announced its positive forecast for the Crude Oil during 2020 and caused the increase in oil prices. The oil demand is mainly affected by the new virus cases in several US states, and this lead to the imposition of travel restrictions. China’s sustained increase in oil imports confronts chatter of easing output cuts. To the upside, oil prices will have to break out above the 42.00 handle to confirm further gains. Alternately, to the downside, the minor support area near 38.10 might hold up prices from posting further declines. The American Petroleum Institute reported much less oil inventories than it was expected and caused the increase in oil demand. The expectations considered a decline of 2.1 million barrels and API showed a decline of 8.3 million barrels. Crude Oil prices declined nearly 1% near the end of last week, at the same time where new coronavirus infections cases continue to surge in the United states, following OPEC’s decision to ease oil output cuts to 7.7 million barrels per day from the historic cut output of 9.7 mbd. . The International Energy Agency (IEA) predicts that Oil demand will grow 3 million barrels per day, more than supply during 2021.  In a sign of recovery is China’s refinery daily crude oil throughput in June climbed 9% from a year earlier, reaching its highest level on record due to rising consumption. It seems that oil prices are squeezed to the upside and if the price break above $42 per barrel most probably will go towards $49 per barrel. Rising coronavirus cases could lead to another reduction in traffic while refinery margins have yet to recover, suggesting refiners’ demand will stay subdued, per ANZ Bank. Covid-19 plunged oil prices to historic lows as people halted travel to curb the spread of the virus. Their budgets are no longer “coming out”. Algeria needs Brent to rise to $ 157 a barrel and Oman $ 87. No Arab oil-producing country, with the exception of tiny Qatar, can balance its budget with current prices, which are around $ 40, according to  Economist.

Foreign Currencies – Euro against dollar began the previous week higher, as the US Producer Price Index (PPI) dropped -0.2% MoM in June and the core PPI also fell -0.3% MoM. Later US inflation data it was expected to show +0.5% increase mom in June, and finally increased by 0.6% and led dollar higher up from -0.1% decline in May. The focus remained on ECB’s interest rate decision which finally remain unchanged. The pair was supported amid hopes that European Union leaders may agree on stimulus and deepening fiscal integration to shield the economy from the pandemic by agreeing on a roughly €1.85 trillion package. The optimism over a possible coronavirus vaccine, resumed undermining the safe-haven greenback. Measures that have been taken since March from ECB have resulted in a cumulative impact of 1.3% of EU GDP until 2022. Euro/Dollar began this week on a positive foot and is lifting to the 1.1465/70 band, new three-month peaks, while Monday’s 4-hour chart points to further gains, FXStreet’s analyst Yohay Elam reports. According to prelim figures, the Michigan Consumer Expectations Index fell from 72.3 to 66.2 in July. The Consumer Sentiment Index slipped from 78.1 to 73.2. The UK Cabinet Minister Michael Gove said that Brexit transition will likely happen by the end of this year, regardless of the type of the agreement with EU. According to Fiona from CityIndex UK economic growth massively undershot expectations increasing just +1.8% month on month in May as lockdown measures were gradually eased. This is a very shallow rebound given the -20.4% contraction in April. Analysts had been expecting a 5% jump in GDP in May. Cable is expected to extend the consolidative theme between 1.2470 and 1.2700 in the near-term, suggested FX Strategists at UOB Group. UK employment figures were better by 3.9% against 4.2% that it was expected. Additionally, the Tory Government’s plan to back the internal trade as a free move post-Brexit give GBP/USD buyers another reason to support the long positions. Pound/Dollar reversed an early dip on Friday amid the emergence of some fresh USD selling. A sustained 1.2500 psychological mark might confirm a near-term bearish breakdown. The Fridays’ narrow trading caused from strong bid tone for the EUR/GBP amid the optimism over a deal on the EU’s proposed €750 billion coronavirus recovery fund. Immediate resistance now seems to be 1.26. Dollar against yen fell to its lowest level in over two weeks and did not challenge yet the levels of 108 resistance and 106.5 support. USD/JPY is seen sticking to the broad consolidative theme in the next weeks, noted FX Strategists at UOB Group. The Bank of Japan announce in its monetary policy meeting its interest rate decision which remained to minus 0.1% and 10-year government bonds near zero. BOJ said that the Japanese economy is in an extremely severe situation and could contract by 4.7% in the financial year 2020. Additionally, BOJ expects the core CPI to decline to -0.5% within 2020. Double bottom pattern observed on Dollar/Yen on hourly timeframe. Yen retreated the three two days as US stocks and SP500 had more gains and confirmed their inverse correlation, however as equities yesterday fell yen is seen higher confirming the double bottom pattern. This week BOJ minutes suggest policymakers praised aggressive fiscal and monetary policies.