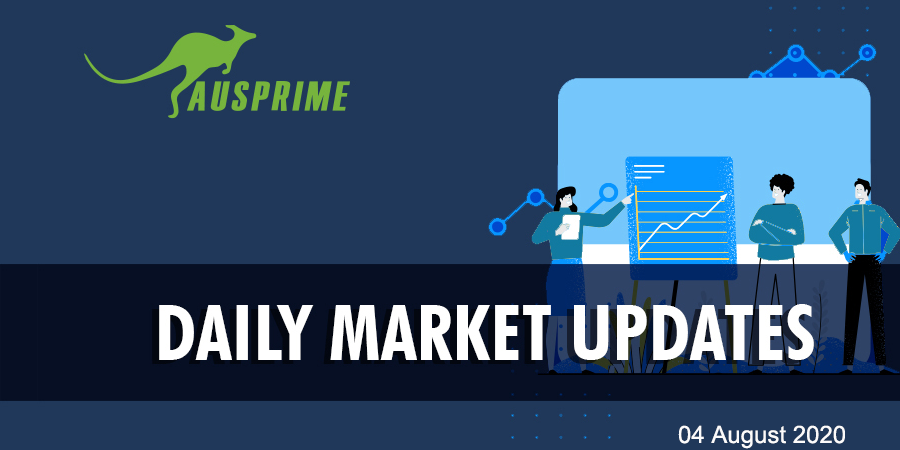 Asian stocks rose yesterday after Wall Street closed broadly higher on encouraging economic reports, starting off August by closing within 3% of the record high it set in February. Japan’s Nikkei 225 gained 1.4%, while Hong Kong’s Hang Seng index advanced higher by 0.8%. The Shanghai Composite rose by 0.1% and South Korea’s Kospi index has increased by 1%. The rally followed reports showing that manufacturing has improved across much of the world, including in China, Europe and the United States.

U.S. stocks advanced even higher on Monday, and technology stocks surged like Apple and Microsoft, as well as signs that the rate of new coronavirus infections cases may be slowing. The Dow Jones Industrial Average gained 236.08 points, or 0.9%, to close at 26664.40. The index climbed 2.4% in July. Trading volumes are expected to decline in the upcoming weeks with the onset of the summer vacation season, leading to a potential increase in volatility. Michael Wilson, chief U.S. equity strategist at Morgan Stanley, and his colleagues believe that the narrow breadth of winners in the stock market will likely result in a 10% correction before a new rally in a stock market starts. The $600 weekly benefits from Fed have expired and a fresh package is needed.

On Euro/dollar a pullback has been observed from Friday’s 26-month high of 1.1909 looks to have stalled with key data reviving concerns about the health of the US job market. In opinion of FX Strategists at UOB Group, EUR/USD is now seen navigating within 1.16 and 1.19.
We may see retreatment until 1.163 support level. While the US ISM Manufacturing climbed  54.2 in July, the employment sub-index remained well below 50% and that’s why dollar did not manage to remain stronger against euro after its rebound. According to FX Strategists at UOB Group, the rally in Cable is expected to have ended on a breakdown below the 1.2970 mark. Pound/Dollar is trading closer to 1.31 as investors are hopeful for progress in Brexit talks and are less worry about a lockdown in UK and dollar is giving some ground. Long-term economists at MUFG Bank believe Dollar/Yen could trade below the 100 level. FX Strategists at UOB Group noted the outlook on USD/JPY remains unclear for the time being. Traders must pay attention to the release of U.S. factory orders which will play important role for the short term pair course which is currently traded at 105.9.

Gold prices completed their limited gains, on a fresh record on Monday, as the dollar bounced higher and muted some of the rally that had taken by bullion temporarily on a psychologically significant level near $2,000. A rise in the U.S. government bond yields also appeared to limit gold’s rally. Because gold does not offer a coupon, rising yields from risk-free government bonds can deflate the yellow metal’s haven appeal. December futures on gold, rose 40 cents, or less than 0.1%, to settle at $1,986.30 per ounce.

Crude Oil prices decline on Tuesday amid worries that a fresh recovery in fuel demand could postpone as a fresh wave of COVID-19 infections cases around the world cause tighter lockdowns just as major producers increased their oil production. U.S. West Texas Intermediate (WTI) crude futures fell 30 cents, or 0.7% to $40.71 per barrel, while Brent crude futures fell 37 cents, or 0.8% to $43.78 per barrel. Five analysts estimated, on average, that U.S. inventories of gasoline rose by 600,000 barrels. Distillate stockpiles, which include diesel and heating oil, likely grew by 800,000 barrels, while crude stocks fell by 3.3 million barrels in the week to July 31.

The Eurozone’s manufacturing economy recorded its first growth in a year-and-a-half during July as the report showed 51.8 higher in July than expected (51.1) and June 47.4. The CAC40 and Euro Stoxx600 indexes gained 1.93% and 2.05% respectively.