Is there easy way to earn money from Cryptos? 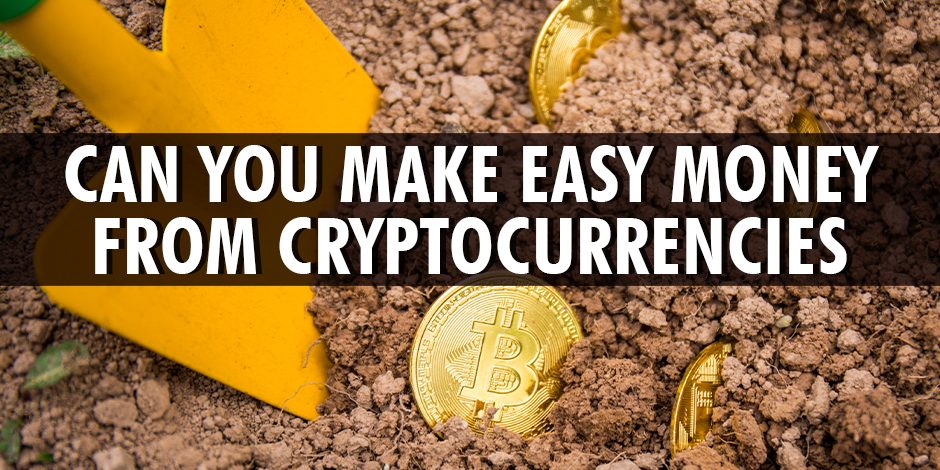 Investors should be aware that many new cryptocurrency movements have a strange background 2017 was the year of epic gains in the cryptocurrency market. It was not just bitcoin that jumped from $ 1,000 to $ 20,000. Ethereum rose from $ 10 to $ 1,470. The XRP from 30 cents in 12 months reached $ 3.30. Not to mention IOTA, which has multiplied its value by more than 6,000 times and a bunch of other cryptocurrencies. After all, it was so easy to get rich that year, much less than anyone can imagines. The way up was not in a straight line and in the meantime, there were drastic corrections that today seem insignificant, but then panicked investors by throwing them out of the market. In addition to the falls, the dizzying height of the ascent was terrifying. After reaching any new high, in addition to the joy of profits, you become overwhelmed with anxiety. How much higher to go now? That is why you often sell the currency to secure quick profits. It usually turned out to be wrong, as this kept going up non-stop, without you.

What investors did then, remorseful, and afraid that they would be left out and finally they bought it again, more expensively. This action caused new nervousness, even more stress.  This uncertainty also exists in stock market, but not to such an extent. There you have plenty of data to consider and also you are dealing with recognized companies, with staff, turnover, profits, years of history. In cryptocurrencies you have to do with startups. Many companies do not even have a final product, let alone sales. Their business plan is still on paper.

As a result, investors know or should know that many uptrends have a weak background and that behind several coins were hidden fraudsters or irrelevant. These are not time-tested companies. There are few serious business forms, supported by well-founded and good conditions. They have an inspiring idea that is implemented by capable programmers and worthy executives with a good name in the field.

Below is an example the following chart borrowed from https://coinmarketcap.com/

This particular currency has come a long way. From 3 cents in April 2017, within a month it more than tenfold its value. How happy would be anyone who managed to sell at the top of $ 0.40, apparently very happy. Within a short period of time, the 1,000 euros he had invested would become 13,000, a small fortune.

If he was liquidating near the top, at the astronomical 1,300%, especially if he saw that a significant correction was taking place, he had every reason to feel justified and he would praise himself for how smart, insightful he was, and how wise his decision was. The path from happiness to misery would prove to be much shorter than he thought. A few months later, in December, the price of the currency would triple from the previous peak. The 13,000 would have become 40,000 euros.

But let’s take the ideal scenario, how he had kept them and decided to sell in December, instead of May. The moment of the sale would prove to be another disastrous mistake. The ascent was not over. If it lasted a little longer, just 10 days, the 40,000 euros would have become 150,000.

The example we gave is not hypothetical. This is the real case of XRP. Looking at the big picture today, the first peak is almost invisible. Whoever was selling at that moment, even at the absolute peak of 40 cents, how would you describe him? And so far, we have considered the good scenario, and this is not the usual case, especially for ignorant investors. They usually sell early and buy later at a more expensive price near the top. Then they are disappointed with the price correction, as their expectations are dashed, and they sell at a loss, so not only do they lose money, but also the rally that follows. The currency has multiplied 150 times in one year and they have ended up damaged. By this example, the meaning is that, looking at the diagram in retrospect the game seems simple, however it is never easy and what makes it affordable is the knowledge. Discovering opportunities is a lot like driving in the fog. You find it difficult to see from a distance, but you have visibility when you are close. Before you start, if you really want to turn the odds on, you need to know what most of those investing are arrogantly ignoring at least the basics.

The below graph which was taken from investing.com shows the structure of the XRP(ripple) price since early 2015, two years later than was initially lunched to the market. The meaning in the below example is that the coin was ranging for more than two years in a flat mode before its value rose by around 66000%,  to a record high at the beginning of 2018 near $3.3 and that was the year when Bitcoin exceeded all expectation of the investors and went to the moon around $20000 each. If anybody were trying to purchase on cryptos during that bullish momentum could get out from the game very quickly. After this great upward crypto’s course, a great fall later came, as many investors preferred to book their profits and the ones who bought at that time made the biggest investment mistake. 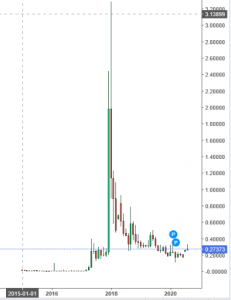 Risk Warning: The figures presented in this article refer to the past and past performance is not a reliable indicator of future results.