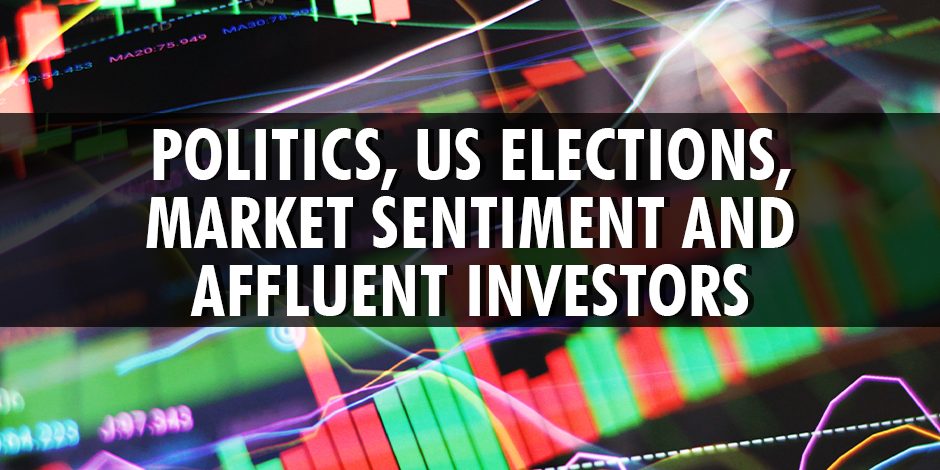 US markets – US stocks market commenced reversing from highs since beginning of last week after they reached pre-pandemic levels and many of investors were wondering what is happening with stock market as America is facing significant recession. Bullish investors see the promise of lower interest rates for years to come and further injections of money by the Fed. US technology shares remained more fragile, with Nasdaq on futures index being flat after the index lost more than 6% since two week ago. Investors were expecting for too long to be informed from Fed about new easing steps, and as the expectations decrease the US bond’s yields increases. Huge technology Us equities fell later in the past week, amid growing concerns that some of the stocks seen as beneficiaries of the coronavirus pandemic have climbed too fast. Those declines sent Nasdaq index back to a correction territory for about 10% loss from its recent highs. The renewed US-China tensions and concerns of coronavirus resurgence  were significantly weighing on investors’ appetite for risky bets. Near the end of the week US technologies equities as such apple, Microsoft and amazon soared and led the Nasdaq index to make a huge correction, before rebounded at least 3.7%.  The continuously upbeat mood from investors ended amid weak labor market data and a lack of progress on another fiscal stimulus last week and Nasdaq index is down 7.27% so far for September. The fall also came from initial jobless claims report which was weaker than expected showing 0.884 million unemployment against 0.850 forecasted. Despite the heavy loss on US stocks equities last week and predominantly in tech-heavy Nasdaq index, US stocks on futures market begin adding gains beginning of this week.

Asian – Asian equities began last week mixed, with Hong Kong’s index falling by nearly 0.6% as SMIC (Semiconductor Manufacturing International Corporation) shares listed plunged around 20%, as Trump noted that he intends to impose restrictions on SMIC exports. A data showed that China’s dollar-denominated exports rose by 9.5 within a year against minus 2.1% on imports. Mixed market mood were caused by investors reaction over increased tech tensions between US-China. Investors were eyeing on vaccine’s developments and they give attention on how Wall Street will react after the holiday break. Asian tech equities fell later in the previous week along with US equities on Nasdaq index which fell into a correction territory. SoftBank was one of the biggest losers as its stock briefly plunged by more than 7% in Tokyo. As mega cap US stocks started falling, Asian shares indexes also started falling. Geopolitical progresses also weighed on investor sentiment, due to a recent rise in tensions between the UK and EU. This week Shares of Japan’s SoftBank Group have surged by 10.26% in today afternoon trading session, following an announcement that the company is set to sell UK chip designer Arm to US chip company Nvidia.

European Markets – Last week Investors on European equities were worried and believed there is uncertainty due to concerns over new coronavirus infections and economic recovery, despite last week’s positive data from US and China. Later in the week the European market bounced back and regained some traction today as investors focused on whether high US technology shares could rebound from their recent rout. The report of Eurozone’s GDP has showed a contraction of 11.8% in the second quarter of 2020 which was slightly better than it was initially expected. European equities also were affected from the no trade agreement between EU and UK with energy firms and technology stocks among the biggest decliners. European equities closed down  interim at the end of the week passed by 0.5% after EB’s announcement that kept interest rates unchanged as it was expected. The ECB noted that now awaits its GDP to contract 8% by this year, a moderate improvement on the 8.7% contraction that it had projected in June. European equities along with stocks globally are getting boost from hopes over vaccine developments of phase 3 trials from AstraZeneca efforts within UK, after trials were halted last week over safety worries. European stocks opened higher at the beginning of this week, boosted by the resumption of coronavirus vaccine trials.

Gold Market – Spot gold was up 0.2% at $1,935.50 per ounce in early trading beginning of last week, trying to move beyond from a one-week low of $1,916.24 per ounce a level that was reached last Friday. Gold on futures markets advanced even higher to $1943 per ounce after bad US data regarding quick economic recovery, along with hopes that lower interest rates would last longer. Interesting is that gold advanced by 28% higher, the greatest performance in the history. Later on, the week gold was traded neutral, as dollar index rose against its rivals and as gold is priced in dollar, was more expensive to be purchased from investors holding other foreign currencies. Sellers tried to push gold back to significant resistance level near $1900 per ounce, however gold manage to be above $1930 per ounce. A break below $1900 will indicate further drop towards next support level which is being near $1860 price level. Gold price also been affected by the developments of the virus vaccine along with a broadly bid US dollar. Gold prices have climbed 28% this year as governments and major central banks pumped massive stimulus into the economy and kept interest rates low. As long as banks adopted unprecedented stimulus measures, along with low interest rates gold will be gaining value.

Oil Market –  Last week Brent crude Oil was traded at $42.21 per barrel, lower by 1.1% after sliding to $41.51 which was the lowest level since late July, while WTI slipped by 1.3%, to $39.26 per barrel after earlier declining to $38.55. The drop in Oil prices mainly caused from Saudi Arabia’s deepest monthly price cuts for supply to Asia within 5 months, while optimism for oil demand decreased. Generally, despite OPEC supply cuts, oil surplus still exists. Oil prices dropped to five-week lows after Saudi Arabia made its deepest monthly price cuts to supply for Asia in five months and as uncertainty over Chinese demand clouds the market’s recovery. Fitch, a credit rating agency in US, foresees Brent prices averaging $41 per barrel in 2020, up from its June forecast of $35 per barrel. However, the agency revised the 2022 price forecast lower to $50 per barrel from $53 per barrel. As long as coronavirus cases rising within United States, the crude stockpiles will be rising. The current oil reserves increased by 3 million according to API against analyst’s forecasts of a draw of 1.4 million and led oil prices to fall. WTI and Brent prices lost around 6.5% for the past week, as the hopes dim for a gradual recovery in fuel demand, amid concerns over a second wave of coronavirus outbreaks. U.S. crude inventories rose 2.0 million barrels, compared with forecasts for a 1.3 million-barrel decrease in a Reuters poll. This week U.S. West Texas Intermediate crude oil in futures market were up 0.5%, at $37.51 per barrel, while Brent crude oil gained 0.2%, to $39.92 per barrel.

Foreign Currencies –Euro/Dollar was traded neutrally beginning of last week after the dollar appreciated due to Fed policy. The pair was looming within a price range of 1.18-1.184 and kept its range trade intact below mid-1.1800 despite German Industrial Production negative data as the report showed 1.2% against forecast of 4.7%. According to FX Strategists at UOB Group, EUR/USD could drop to the 1.1750 in the next weeks. After ECB’s meeting euro gained very strong trajectory and appreciated by almost 120 pips against dollar before retreating. Lagarde’s comments on the recent euro strength provided an additional boost to the euro. Christine Lagarde said that Eurozone’s domestic demand had recorded a significant recovery from low levels. FX Strategists at UOB Group believe that the pair has moved into a consolidative range within 1.1750-1.1920. The Euro got positive tone in early trading session by this week, on fresh risk sentiment over renewed hopes for a virus vaccine. Investors remain cautious ahead of this week’s key events though and all eyes turn to central bank’s meetings in UK, Japan and the US within this week. Pound/Dollar witnessed some intraday selling pressure during last weeks amid concerns over no-deal Brexit. The risk of Brexit no trade-deal with the Eurozone took its toll on the pound and let pound debased. Cable could gradually return to the 1.3100 region in the next weeks, suggested FX Strategists at UOB Group. Bears remain in control for the time being on fears of a no-deal Brexit. Pound/Dollar has bounced off the six-month uptrend at 1.2871 and is settling around the 1.30 psychological level. Extremely oversold conditions aided pound to gain some traction in Friday and UK GDP arrived at +6.6% MoM in June vs. +6.7% expected. This week Pound/Dollar looks to extend the recovery above price level of 1.2800, with initial resistance level be around 1.2845. The cable awaits debate on Internal Market Bill for fresh impetus. Yen was appreciating against dollar recent days after Fed dovish economic view, along with Abe’s (Japan’s Prime Minister) resignation and the pair is currently traded at 106.2. Japan’s Q2 Final GDP report of last week showed a drop of a 7.9% versus 7.8% preliminary forecast and 8.1% market consensus, however, did not significantly affected the Yen against dollar. Despite Yen bounce off one week’s low still be in pressure as there is a possibility that US new stimulus package will delay further. USD/JPY is still seen navigating the 105.50-106.90 range in the next weeks, noted FX Strategists at UOB Group.

Important and interesting are the data from the quarterly UBS investment climate survey. Most affluent investors and business owners around the world say they plan to adjust their portfolio according to the winner of the US election, while almost half of them see the November vote as one of their main concerns, according to a new survey. Investor Sentiment. The survey involved more than 4,000 affluent investors and business owners from 14 markets worldwide in late June and early July. It appears that optimism about the economy and the money market has increased compared to the previous quarter, as the effects of the COVID-19 pandemic are mitigating. The tough US election campaign could indeed lead to greater market instability, according to a recent UBS Election Watch report examining the global and regional implications of the election. However, the report does not predict the levels of instability that accompanied the onset of the COVID-19 pandemic. The UBS survey involved 2867 investors and 1151 business owners with at least $1 million in investable assets(for investors) or at least $1 million in annual income and at least one non-business employee. The global sample was distributed in 14 markets. Argentina, Brazil, France, Germany, Switzerland, UAE, United Kingdom, USA, Italy, Japan, China, Mexico, Singapore and Hong Kong.

Daily Market updates 11.09.2020
September 11, 2020
Search
Any Questions?
Please fill in the details below and a representative of our team will get back to you
Go to Top
We use cookies to ensure that we give you the best experience on our website. If you continue to use this site we will assume that you are happy with it. Ok