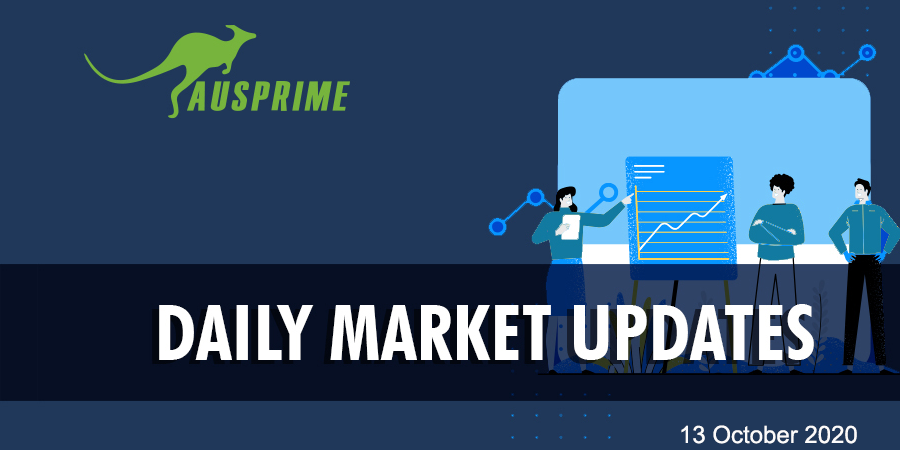 The trading in Asian equities halted today due to Typhoon Nangka, while other Asia-Pacific markets were mixed. Mainland Chinese stocks were mixed by the afternoon, as the Shanghai composite shed about 0.3% while the Shenzhen component added 0.183%. The Chinese exports and imports have reached a new record according to Reuters. In Japan, the Nikkei 225 rose 0.11% while the Topix index traded 0.19% higher. South Korea’s Kospi declined 0.33%.

US equities declined in early trading session today after began the week even higher, as investors expecting the companies’ corporate earnings and are eyeing for updates on a further stimulus package. Dow futures fell 38 points. S&P 500 futures and Nasdaq 100 futures both traded in marginally negative territory.

Despite previous days highs on Euro/Dollar, euro lost value today as dollar strengthen against its major rivals as rising virus cases across the Eurozone pose downside risks to the euro. All eyes turn to German Zew Survey data later on the day for some direction, while the pair is currently traded slightly below 1.18. The UK’s Office for National Statistics (ONS) released the September month Claimant Count figures, along with the unemployment rate in the three months to July. UK Sept jobless claims changed +28K vs +78.8K expected. The unemployment rate in the UK rises to 4.5% in August, however caused small impact on Pound/Dollar which is ranging around 1.305 down by 0.14% on the day. Uncertainty over the American stimulus, US-China tussle and COVID-19 woes are the latest catalysts to underpin yen. The pair is currently traded at 105.36.

Spot gold prices fell by 0.6% to $1,910.76 per ounce by early trading session, while US gold on futures market declined by 0.3% to $1923 per ounce, amid dollar index strength against its rivals nearly 0.1% higher. Investors expect the announcement of new stimulus package which will surge gold even higher before presidential elections.

Oil prices remain stable today, sitting on losses of around 3%, from the previous session as oil output continue in Norway, the US Guld of Mexico and Libya. US West Texas Intermediate crude oil on futures market went up 4 cents to $39.47 per barrel in early trading session, while Brent crude oil on futures market also rose 4 cents to $41.76 per barrel. Oil prices remain under pressure affected by resurgence of coronavirus around US and EU

As investors waiting to monitor the corporate earnings in the US, along with a new US stimulus package European stocks are expected to open higher. On the data front in Europe, several countries report inflation data and Germany publish its latest ZEW survey of economic sentiment. The Stoxx600 yesterday closed higher by 0.72%.

Daily Market Updates 06.10.2020
October 6, 2020
Search
Any Questions?
Please fill in the details below and a representative of our team will get back to you
Go to Top
We use cookies to ensure that we give you the best experience on our website. If you continue to use this site we will assume that you are happy with it. Ok