Biden’s Infrastructure Plan, who will be affected 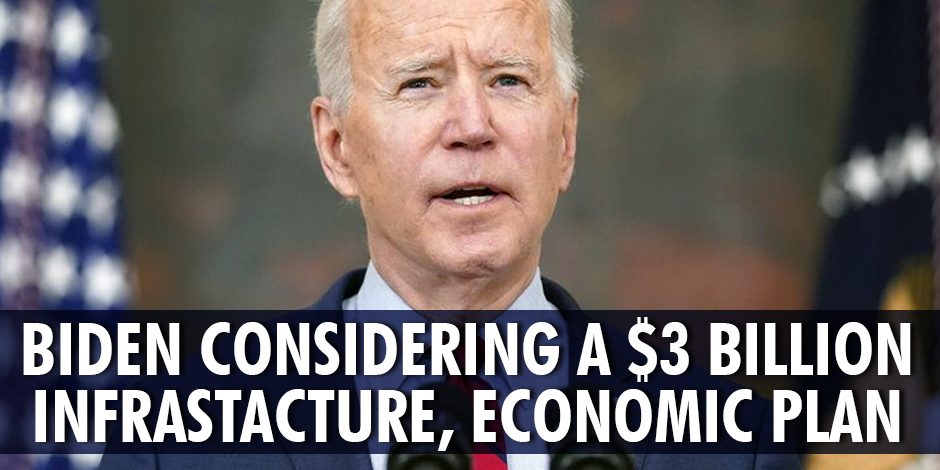 Biden’s Infrastructure Plan, who will be affected.

Joe Biden unveiled what he called a “once-in-a-generation” investment in American infrastructure, promising a nation still struggling to overcome the coronavirus pandemic that his $2tn plan would create the “strongest, most resilient, innovative economy in the world.

Speaking at a carpenters’ training center outside of Pittsburgh, where he launched his campaign two years ago, Biden returned as president to elaborate on his campaign pledge to “rebuild the backbone of America.”

Joe Bidens $2tn plan to rebuild America’s “crumbling” roads, bridges, railways, and other infrastructure would rival the space race in its ambition and deliver economic and social change on a scale as grand as the New Deal. The president has also vowed his “once-in-a-generation” investment will reverse long-standing racial disparities exacerbated by past national mobilizations.

Embedded in his sprawling infrastructure agenda, the first part of which Biden unveiled this week, are hundreds of billions of dollars dedicated to projects and investments the administration says will advance racial equity in employment, housing, transportation, healthcare, and education, while improving economic outcomes for communities of color.

“This plan is important, not only for what and how it builds but it’s also important to where we build,” Biden said at a union carpenters’ training facility outside Pittsburgh last week. “It includes everyone, regardless of your race or your zip code.”

It also seeks to improve community care facilities for seniors and people with disabilities, modernize schools and retrofit homes and office buildings while dedicating funding to training millions of workers and supporting initiatives that strengthen labor unions. The spending over eight years would generate millions of new jobs, Biden said. To pay for the package, he proposed a substantial increase on corporate taxes that would offset the spending over the course of 15 years. Among the changes, Biden called for a rise in the corporate tax rate to 28% from 21% and measures to force multinational corporations to pay more taxes in the US on profits earned abroad. The funding plan would unwind major pieces of Donald Trump’s tax-cut law, which lowered the corporate tax rate from 35% to 21% and was his predecessor’s signature legislative achievement.

Global Economic outlook
October 8, 2020
Search
Any Questions?
Please fill in the details below and a representative of our team will get back to you
Go to Top
We use cookies to ensure that we give you the best experience on our website. If you continue to use this site we will assume that you are happy with it. Ok