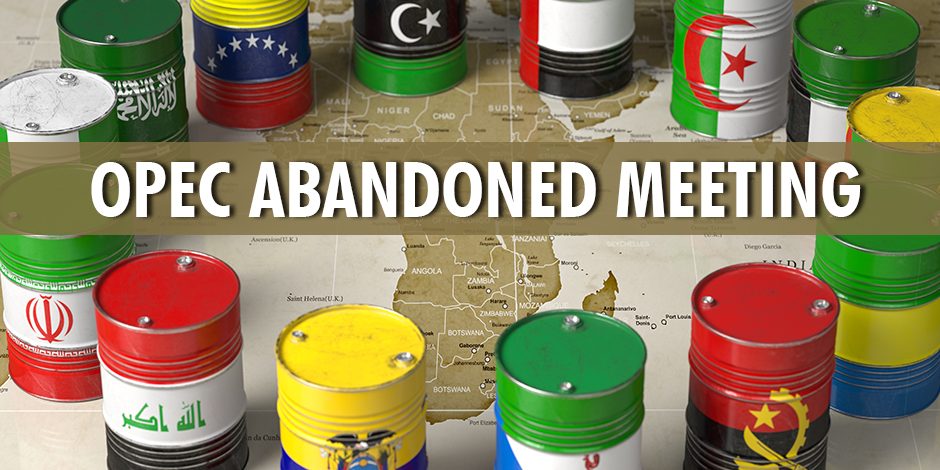 OPEC+ was plunged into crisis as a worsening fight between Saudi Arabia and the United Arab Emirates blocked an oil-supply increase.

A spike in oil prices risks fanning wider moves across asset classes should investors believe the crude oil market will tighten further after OPEC+ failed to agree on a deal to increase production.

The surprise breakdown in talks means tighter supply conditions for crude and upward pressure on prices — at least in the near term — adding fuel to the wider inflationary concern that is challenged central banks and roiled risk assets.

“The crude oil rally neatly encapsulates the broader reflation narrative,” said Ilya Spivak, head of greater Asia at DailyFX. A renewed surge could amplify the Federal Reserve’s sense of urgency to tighten monetary policy, leading to a “broad risk-off turn that pulls down shares, oil and other sentiment-sensitive assets,” he said.

After several days of tense talks, OPEC and its allies abandoned their Monday meeting. A disagreement over how to measure production cuts upended a tentative deal to boost output and swiftly devolved into an unusually personal and public spat between Saudi Arabia and the UAE.

In general, periods of high and rising oil prices have resulted in consumers opting to buy more smaller, lighter and more fuel-efficient cars and trucks, reducing gasoline consumption growth compared with the previous trend, By contrast, periods of low and falling prices have resulted in consumers opting for larger, heavier, more powerful and less fuel-efficient vehicles, increasing gasoline consumption compared with the prior trend.

In future, however, higher prices could have a much larger and faster impact on gasoline consumption because full-electric and hybrid vehicles have emerged as a viable alternative to gasoline-fueled cars and light trucks.

High and rising prices are likely to accelerate the adoption of hybrid and electric vehicles as consumers attempt to reduce fuel bills and regulators push for a faster transition away from gasoline, If oil prices surge again, the result is likely to be a relatively rapid and permanent loss of consumption in the United States.

Over the last four decades, consumers have shown a clear preference for larger, heavier and more powerful vehicles, with a long-term trend towards more truck-based rather than car-based platforms.

First, when prices are high, consumers opt for smaller, lighter and more fuel-efficient vehicles within existing ranges. This impact is largely short-term and is quickly reversed if prices fall again.

Dollar hold’s firm as the Pound struggles
June 15, 2021
Search
Any Questions?
Please fill in the details below and a representative of our team will get back to you
Go to Top
We use cookies to ensure that we give you the best experience on our website. If you continue to use this site we will assume that you are happy with it. Ok