Stocks up on China Exports 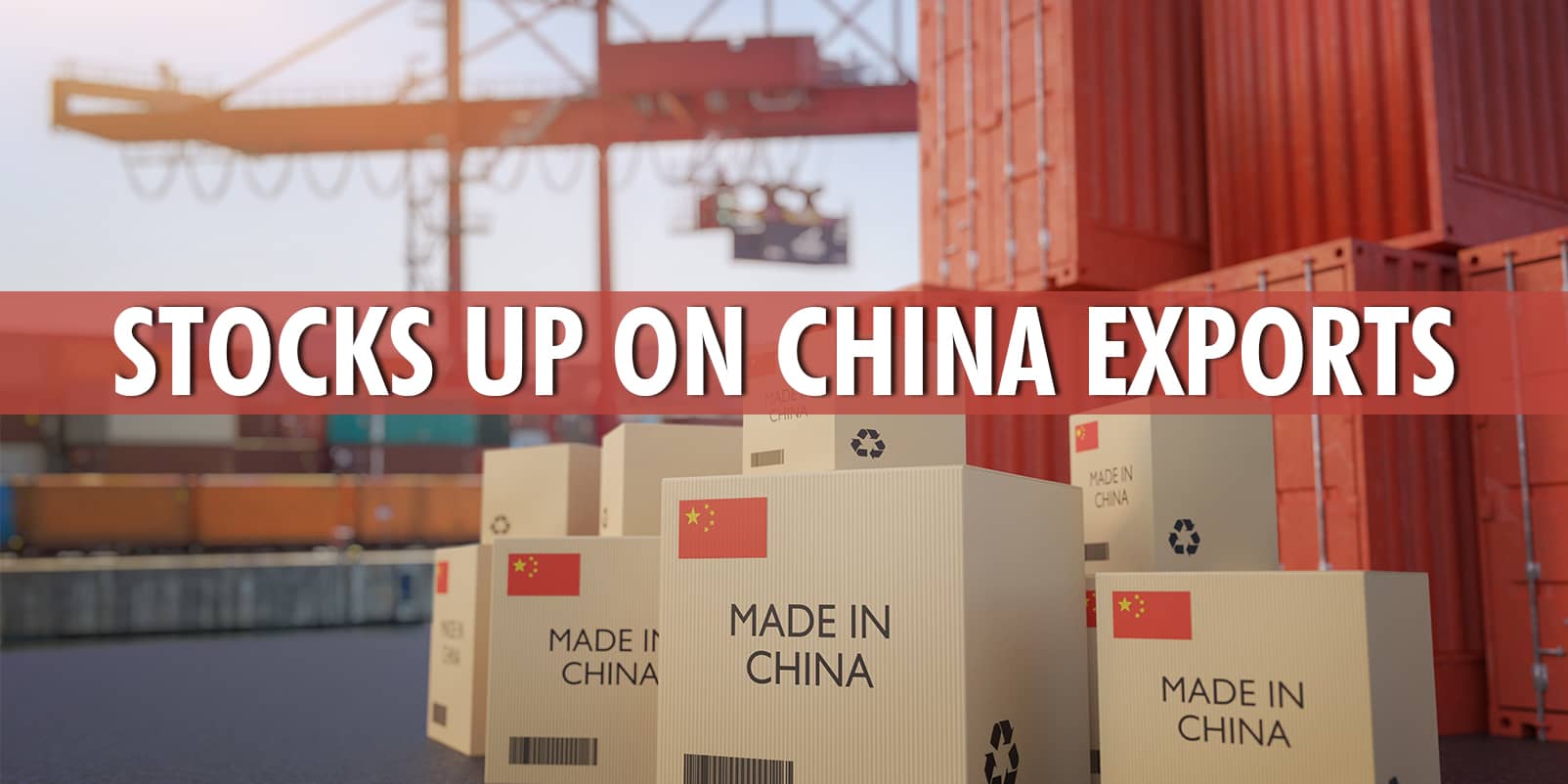 The surprisingly strong Chinese data implied that global demand remained strong and helped reassure investors that the world economy was healing from the COVID-19 pandemic, despite the spread of the Delta variant

Global shares pushed to a record high on Tuesday, buoyed by better than expected, Chinese export data as markets awaited the release of U.S. inflation data for further clues about the global economic recovery.

Focus now shifts to the release of U.S. consumer price data, expected to tick marginally lower from last month, and likely to further feed debate about when U.S. stimulus may be scaled down.

Investors are navigating a busy week, with the onset of U.S. earnings season and a testimony by Federal Reserve Chair Jerome Powell, which will also be scrutinized for any indications on the timing of potential U.S. tapering.

“We have clearly seen a (new) round of corrections of the technology sector which places a heavy weight on Hong Kong’s stock market, due to concerns over a new round of regulatory crackdown following the probe into Didi. Against this backdrop, there is room for short-term rebound,” said Zhang Zihua, chief investment officer at Beijing Yunyi Asset Management.

U.S. consumers expect the economy to continue its rapid resurgence from the Covid-19 pandemic over the next year, with forecasts for inflation, earnings, income growth and spending all increasing in June, according to a monthly survey released on Monday by the New York Federal Reserve.

The U.S. will probably grow faster than the rest of the developed world this year and relative rate expectations will rise. Plus, the EM trade is crowded., Concerns that climbing cases of the Delta variant around the world could derail a global economic recovery have fuelled appetite for safe-haven U.S. Treasuries, while markets have since stabilized, yields are not far off last week’s

Euro zone government bond yields have fallen in line with U.S. Treasuries in recent weeks and are running close to their lowest levels since early April.

British Prime Minister Boris Johnson urged people on Monday to show caution when nearly all remaining Covid-19 restrictions are lifted in England next week, saying an increase in cases underlined that the pandemic was by no means over.

Asia shares ease, dollar holds firm after Fed minutes
August 18, 2022
Search
Any Questions?
Please fill in the details below and a representative of our team will get back to you
Go to Top