The impact on Financial Markets as Afghan government’s collapse 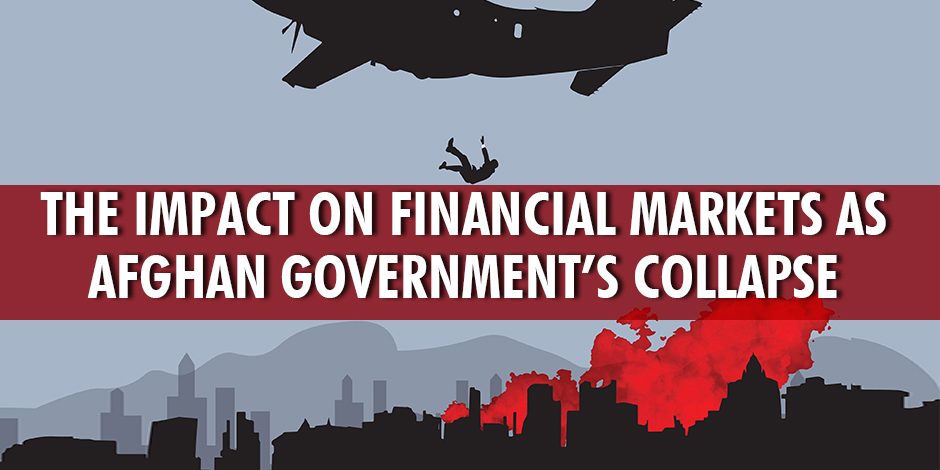 U.S. and Taliban sign an agreement that sets the terms for a U.S. withdrawal from Afghanistan by May 1, 2021, but do not release two classified annexes that set the conditions for U.S. withdrawal. At the time of the agreement, the U.S. had about 13,000 troops in Afghanistan, according to a Department of Defence inspector general report.

Biden delayed the May 1 withdrawal date that he inherited. But ultimately his administration pushed ahead with a plan to withdraw by Aug. 31, despite obvious signs that the Taliban wasn’t complying with the agreement and had a stated goal to create an “Islamic government” in Afghanistan after the U.S. left, even if it meant it had to “continue our war to achieve our goal.”

Biden assured Americans last month that a Taliban takeover of Afghanistan was “not inevitable,” and denied that U.S. intelligence assessed that the Afghan government would likely collapse. But it did — and quickly.

As Taliban were informed and the US troops started the evacuation, they took the advantage to take over Kabul. President Ashraf Ghani fled out of the country by Sunday evening so with no waste of time Taliban took full control of the Presidential Palace declaring the war was over.

What about the people though that are running to flee out of the country? We were all witness on 15th of August were everybody was at the airport pushing to be in one spot in the airplane. European Union offered to welcoming Afghani people by giving them refugee places to be covered.

How this whole situation had impact on the markets? We had an instant drop of 0.90% on FTSE 100 and STOXX Europe 600 with a drop of 0.50%. Dow Jones Industrial Average and S&P 500 were down 0.065% and 0.23% accordingly on 16th of August. Nasdaq composite was down by 0.74% too. It was obvious that markets were affected, and investors were worry about the future of this long-term tension.

In terms of cryptocurrencies, Bitcoin gained credit from Afghani people. The reason is simple, the economic situation, where the fed stopped as multiple injections to the country, started to collapse from 2020. They found ways to “hide” their money in cryptos and most specifically in Bitcoin. Chain analysis in 2021 list of countries they gave the rank of 20 of the 154 countries for crypto adoption.

Four banks dropped Liberty’s commodity trading business after alleged paperwork problems in metal trades.
April 26, 2021
Search
Any Questions?
Please fill in the details below and a representative of our team will get back to you
Go to Top
We use cookies to ensure that we give you the best experience on our website. If you continue to use this site we will assume that you are happy with it. Ok