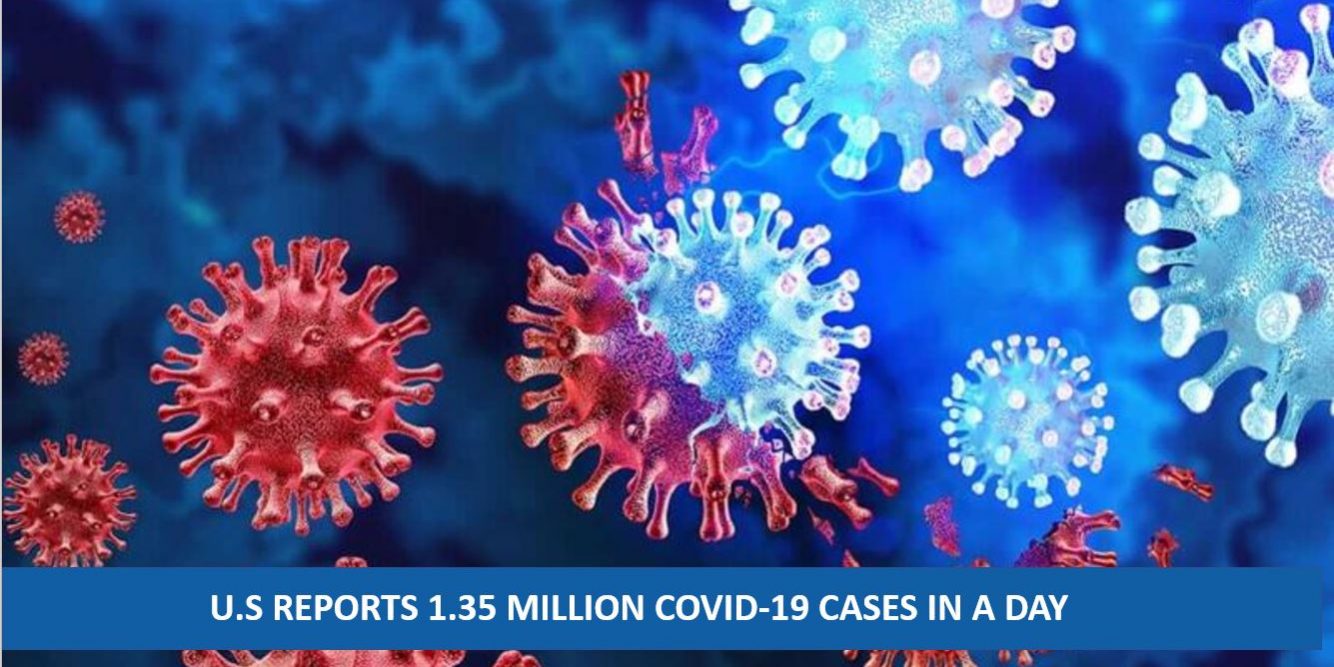 The United States reported 1.35 million new coronavirus infections on Monday, according to a Reuters tally, the highest daily total for any country in the world as the spread of the highly contagious Omicron variant showed no signs of slowing.

The previous record was 1.03 million cases on Jan. 3. A large number of cases are reported each Monday due to many states not reporting over the weekend. The seven-day average for new cases has tripled in two weeks to over 700,000 new infections a day.

The record in new cases came the same day as the nation saw the number of hospitalized COVID-19 patients also hit an all-time high, having doubled in three weeks, according to a Reuters tally.

While the Omicron variant is potentially less severe, health officials have warned that the sheer number of infections could strain hospital systems, some of which have already suspended elective procedures as they struggle to handle the increase in patients and staff shortages.

The surge in cases has disrupted schools, which are struggling with absences of staff, teachers and bus drivers.

New York City suspended service on three subway lines as a large number of workers were out sick, according to its Twitter (NYSE:TWTR) account. Companies’ plans for workers to return to office have also been derailed.

Deaths are averaging 1,700 per day, up from about 1,400 in recent days but within levels seen earlier this winter.

Oil prices ease as EU struggles on Russia ban
May 17, 2022
Search
Any Questions?
Please fill in the details below and a representative of our team will get back to you
Go to Top