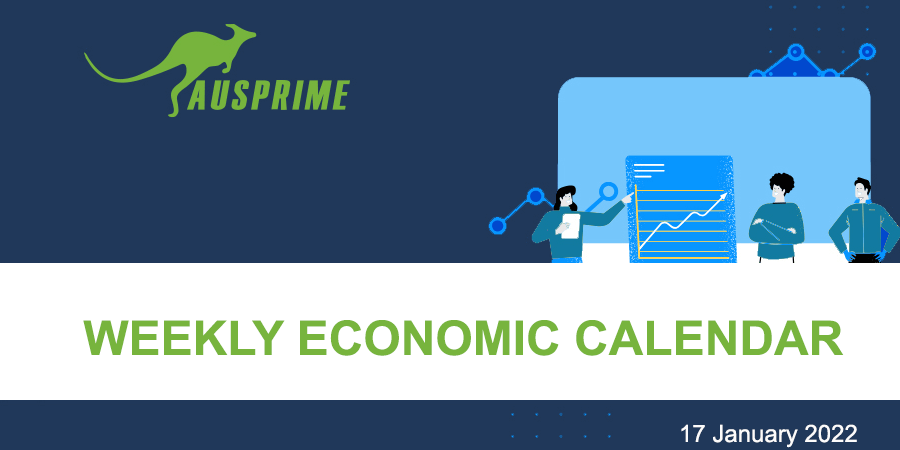 Here is what you need to know about the important news between January 17th 2022 and January 21st  2022, where we take a look at the economic data, market news and headlines likely to have the biggest impact on the market prices this week and beyond, as well as the US Dollar, and other key correlated assets.

Strong US inflation reading and hawkish comments from Fed officials were the main theme in the markets last week. The Inflation is intensifying, and consumer activity is cooling, data covering the month of December reveal. The Consumer Price Index (CPI) rose 7.0% year-over-year, the fastest increase in nearly 40 years. Similarly, the Producer Price Index (PPI) was up 9.7% over the year. Meanwhile, retail sales unexpectedly declined 1.9% to USD 626.8B in December, much worse than the expectation of 0.0%. Overall risk sentiment turns sour again following terrible US retail sales data.

Dollar was given no support from intensifying expectation of Fed rate hikes. The U.S. dollar from tumbling to start 2022. Following a year where the broad dollar index (DXY) rose close to 6.5%, in the first few weeks of this year the same index has dropped a little over 1%. The greenback has indeed ended as the worst performing one for last week. The dollar fell after the highest annualized CPI read in 40 years, though it recovered a bit on Friday.

The 10-year US Treasury bond

On Friday, 10-year Treasury yields hit their highest levels since Jan. 17, 2020, before COVID pressured the US stock market.  where US inflation hit 7% amid increased speculation of four hikes rather three hikes in 2022 from the Federal Reserve. Higher yields result from selling Treasuries, whose falling prices increase the difference with the pay-out.

After spending recent months fixated on inflation and monetary policy, investors will likely now shift their attention to upcoming Q4 earnings, the earnings season kick-off in the US did not change the narrative with some mixed bank reporting. Citigroup and JPMorgan Chase reported Q4 earnings. As expected, each beat estimates ahead of Fed hikes, but overall investors were disappointed with the results.

Yen ended as the best performer on speculation that BoJ could finally start talking about rate hikes. Canadian Dollar was the second best, help by the extended rise in oil prices. Other commodity currencies ended mixed, puzzled by the lack of clear direction in risk sentiment. Sterling was also mixed as recent rally in crosses appeared to be losing momentum.

Having initially jumped to the highest levels since late October 2021, WTI crude oil extended the rise since the beginning of the new year. CME Group’s flash data for crude oil futures markets noted traders added around 35.5K contracts to their open interest positions at the end of last week.

Despite a lot of signaling on interest rate hikes, which we would typically expect to be a strongly negative input for gold prices, the yellow metal is wrapping up a week of strong gains, as a result of a week whose headlines brought attention to still-growing inflation fears among many investors as well as supportive trends in other correlated assets (primarily, a weakening US Dollar).

On one hand, higher inflation numbers generally leads to higher inflation expectations and fears among investors, which presents an argument for buying into gold positions as a traditional inflation hedge; On the other hand, at this point in the cycle we have to read still-hot inflation data as further encouragement for the Fed to combat price pressure by tightening monetary policy and hiking interest rates, which presents and argument against buying into new gold positions as they will be less attractive in a higher-yield environment.

For most of last week, gold benefited from the market seeming to focus more on high inflation in the present and (potentially) the near-term future. The Fed’s blackout period starts on Saturday, January 15, and FOMC policymakers won’t be able to offer any comments on the policy either. Hence, market participants will watch US Treasury bond yields closely.

With US consumer inflation hitting 40-year high at 7%, Fed officials became more vocal on the need to raising interest rate. The blackout dates are in effect for the Fed, so it will be quiet until the January 26th FOMC meeting. With financial markets pricing in over a 90% chance that the Fed will raise rates in March, market attention has turned to possible reductions in the Fed’s asset holdings, which total nearly $9 trillion at present, up from $4.2 trillion before the pandemic. Treasury yields appear to be forming a range just below the 1.80% level.

ECB releases minutes on Thursday, where we do not expect any new policy signals.

The People’s Bank of China cut its key policy rates by 10bp and added more liquidity to the banking system. This was the first change in policy rates in almost two years but follows several credit and regulatory easing measures over the last month as a response to the softening growth outlook. This morning’s rate cut was announced shortly before national account figures revealed that the Chinese economy grew 1.6% Q/Q in Q4 2021. While this was slightly stronger than expected by consensus the figures still highlighted a weakening momentum and a hit to demand from the zero COVID-19 policy and the property sector.

The upcoming week is busy with economic data and earnings results: China GDP (Monday), Housing Starts (Wednesday), U.K. CPI (Wednesday), Existing Home Sales (Thursday), Leading Index (Friday). Japan CPI (Friday). Goldman Sachs, Bank of America, and Morgan Stanley will close out earnings for the big banks, while Procter & Gamble may give a better look at how much further price increases the consumer may have to expect.

Other important economic data is as follows: (All times listed are GMT+0)

Thanks for reading! Have a great week!

Important Note: The information found on Ausprime platform is intended only to be informative, is not advice nor a recommendation, nor research, or a record of our trading prices, or an offer of, or solicitation for a transaction in any financial instrument and thus should not be treated as such. The information provided does not include any specific investment objectives, financial situation and needs of any specific person who may receive it. The past performance is not a reliable indicator of future performance and/or results. Past Performance or Forward-looking scenarios are not a guarantee of future performance. Actual results may differ materially from those anticipated in forward-looking or past performance statement.

MARKET UPDATE
August 8, 2022
Search
Any Questions?
Please fill in the details below and a representative of our team will get back to you
Go to Top