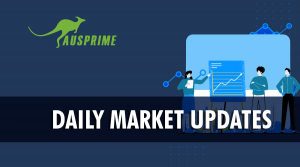 Investors were also wary of upcoming U.S. CPI inflation data, which could point to more rate hike risks from the Federal Reserve.

Data from the American Petroleum Institute showed that U.S. oil inventories grew more than expected in the prior week. Stocks of crude oil, gasoline, and distillates stood at 2.16 million barrels, compared with a forecast of less than 100,000 barrels. The reading likely foreshadows a similar figure from official data due later in the day- which would mark a second straight week of unexpectedly large U.S. oil inventories.

The dollar held steady ahead of new data out of the U.S. that is expected to show a slight moderation in red-hot inflation in the world’s largest economy.

The July U.S. consumer price index, due out at 08:30 AM EST (1230 GMT), is forecast to come in at 8.7%, down from the soaring level of 9.1% hit in the previous month. A decline may be seen as an early sign that inflation has peaked, even though prices would remain near their highest level in four decades.

Such a decrease is unlikely to change the narrative for the Federal Reserve, which has been aggressive in hiking interest rates in a bid to bring down surging inflation. The Fed has said that it will take several months of falls in CPI growth before it pumps the brakes on rate tightening.

Demand for currency derivatives has shot up this year, data from CME Group (NASDAQ:CME) showed on Wednesday, in a sign investors are positioning for hefty interest rate hikes from the U.S. Federal Reserve and other big central banks.

“Open interest” — the number of outstanding futures and options — was at $272.5 billion at the end of July, up 8.8% year-on-year, according to CME, the world’s largest financial derivatives exchange.

Large open interest positions reached a record high of 1,312 contracts in May, easing to 1,192 in July, CME said in a release seen by Reuters.

The rise was attributed to financial markets bracing for aggressive monetary tightening as central banks try to curb the biggest inflation surge in decades, the Chicago-based CME said.