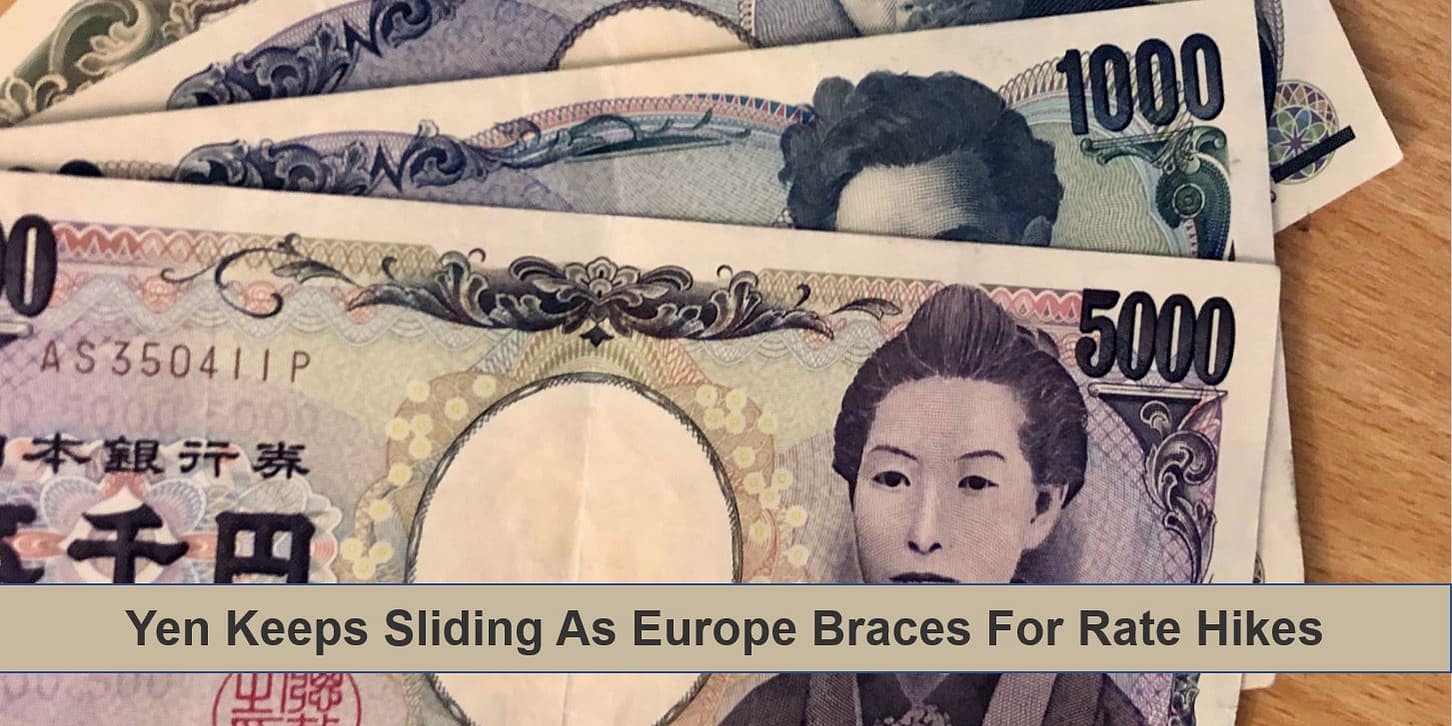 The yen hit a fresh 20-year low versus the dollar on Wednesday and slipped to a seven-year trough against the euro as traders awaited a European Central Bank meeting likely to leave Japan alone among its peers in sticking to ultra easy monetary policy.

The ECB meets on Thursday and markets are expecting it to at least lay the groundwork for rapid rate rises, if not begin them with a small hike.

The U.S. Federal Reserve is expected to raise its benchmark funds rate by 50 basis points next week and again in July, but Bank of Japan (BOJ) officials have given no indication of easing accommodative settings.

The yen has accordingly lost more than 4.5% from 127.09 per dollar to touch 133.22 in eight sessions, dropping hard on crosses as investors see soaring consumer prices forcing central banks around the world to crimp demand with rapid rate hikes.

Versus the Australian dollar, the yen has fallen more than 6% in 10 sessions to a seven-year low of 96.12 per Aussie, accelerating the slide after a surprisingly big rate hike in Australia on Tuesday.

It is down 10 sessions in a row on the euro, its longest losing streak in eight months, and found a seven-year low of 142.36 early in Asia trade.

Emergency ECB meeting lifts Europe
June 15, 2022
Search
Any Questions?
Please fill in the details below and a representative of our team will get back to you
Go to Top