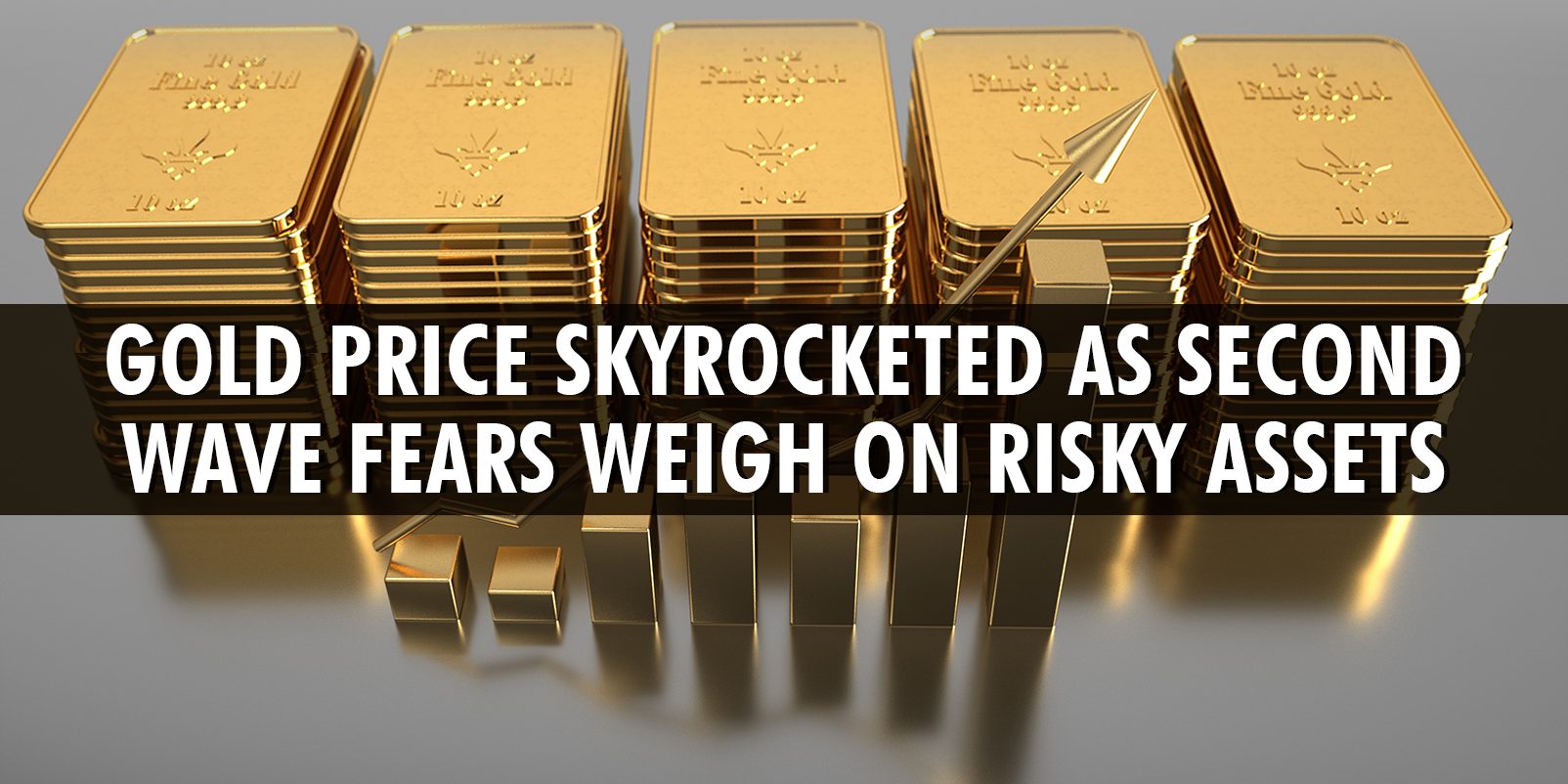 Recently gold price was within breathing distance from all-time highs near $1920 per ounce since 2011, with bulls controlling well enough the momentum. Gold has a clear path which proves that nothing can stop it and investors are eyeing to hurtle the price go towards $2000 per ounce, a prediction that some of most well-known banks such as JP Morgan made to be achieved soon. The gold price crossed $1,900 a troy ounce on June 24th, and gold is up nearly 25% year-to-date. While dollar remains weaker, will aid gold demand to grow even more, as will be cheaper for investors to buy gold with other foreign currencies, alongside with the meaning that gold is an asset that can be hedged against inflation. 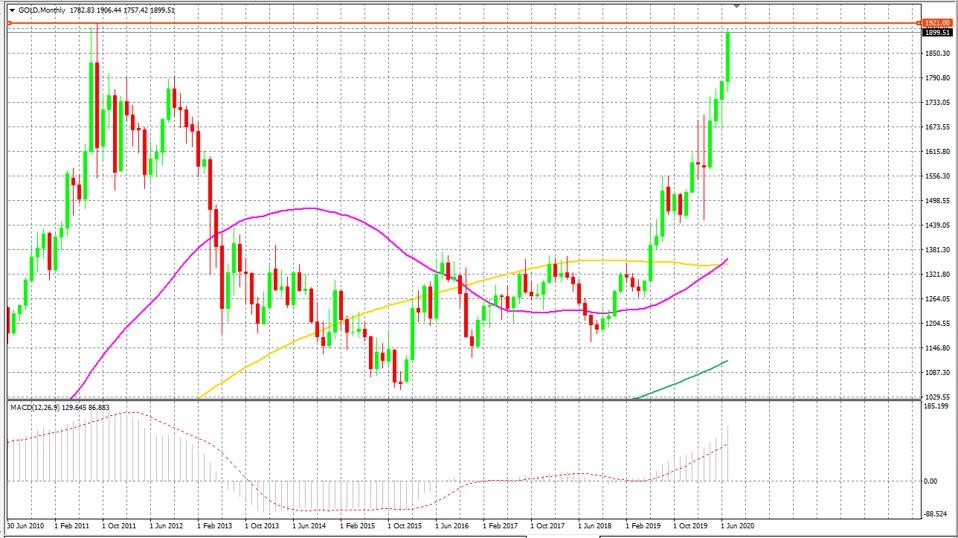 What are leading gold prices to go higher is mainly geopolitical tensions between the world’s two biggest economies US-China, alongside with dollar’s weakness and investors’ concerns over a second wave of coronavirus which may harm once again the global economic recovery. This week becomes crucial for gold, because market is expecting to see if bulls will sustain the price and make another rally or sellers will increase their bids. One reason that may lead gold to pullbacks is that many investors desire to book some of their profits, however the most important event for now is the Fed’s interest rate, which is strongly anticipated to remain unchanged as they announced on earlier decisions. A dovish monetary policy will be harmful for dollar, thus may cause gold prices to go even higher as traditionally happens. The Fed is expected to hint that the U.S.’s economic recovery isn’t what they anticipated. The emergence of the second coronavirus wave has adversely influenced the gold price. Gold prices may cross the $1,950 and even come closer to the $2,000. Investors should remain focused on any further stimulus from US, because we may see equities market in higher highs, contradicting any concept of another stock crash. A rally in the riskier assets may take some shine off the metal price, but it does not mean that the gold price will lose momentum.

The bottom line is that the gold price’s momentum is strong, but at the same time, investors need to be cautious that the gold price is trying to reach its all-time high is no ordinary event. When it comes to the gold price, investors should thing that it is not about only for the all-time high, it is about going beyond the $2,000 price level. According to the World Gold Council, Central Bank gold buying was at its highest level, for 50 years in 2018, with the global economic slowdown weighing on the minds of financial experts.

Gold did so well that it broke price records in most currencies, with a staggering 72 nations reporting peak gold price, and the likes of the Pound, Euro, Yuan and Swiss Franc near all-time highs. Investor demand for gold increased by 4% last year. Despite the Chinese economy slowing down due to pressure on exports to the United States, China’s demand for gold remained roughly even from the previous year, while demand in other areas such as the UK and South-East Asia grew by up to 12%. Last year’s demand was based on slowing economies and restricted trade, with gold’s safe haven status making it a desirable asset to diversify portfolios and provide a hedge against risk and mainly against inflation, in something that gold can be exploited most. Analysts have said that precious metals will continue their upward journey as the coronavirus crisis continues to harm many countries and Sino-US tensions will keep them in high demand. Market experts said the European Union’s $860 billion package to pull their economy out of the corona black hole is expected to further push the rally in gold, silver and other metals.

As they said if you do not hold the gold, you do not actually own it. There really are numerous benefits of physically holding your gold in your hands, as opposed to buying electronic gold exchange trading funds (ETF) or paper gold. In these unpredictable economic times of banking instability, low interest rates, underperforming currency markets, volatile stocks and repeated rounds of printing money, gold offers a welcome safeguard to the turbulence.

Gold prices advanced even higher to a new record on July’s last week’s session during Asian trading hours. Spot gold traded as high as $1,943.927 per ounce, before paring gains to change hands at around $1,931.76 per ounce. Those levels eclipsed the previous record high price set in September 2011. Analysts at Citigroup assess a 30% probability it would go above $2,000 in the next 3-5 months, something that seems to may happen faster than expected. Gold prices began higher later on the week, near a nine-year peak, as concerns about a new spike in COVID-19 cases, along with expectations for inflation that most probably may be caused from further economic stimulus measures boosted demand for the precious metal. Investors reacted positively after the announcement from Mark Mobius a veteran on emerging markets that a bullish momentum will continue. The veteran said that the price will continue to rise because of negative real rates, a weaker US dollar, and the recent geopolitical issues. In a statement, analysts at UBS upgraded their target to $2,000 while those at Bank of America expects it to reach $3,000. The bullish momentum may continue only on a break above the $1950 psychological level if the bulls surpass the latest record high.